Since ancient times, people have treasured gems and used them for many purposes. Other than admiring and wearing them as beautiful accessories, gemstones are used for healing, religious symbols and lucky charms. Gems were also used for barter and medicinal purposes.

Why do people use gemstones for good luck? No one knows the origin of how it all started. But in the history of mankind, many traditions and cultures are formed out of people's desires to either avoid misfortune to happen or attract good luck to come. For example, Chinese believe that some numbers bring good luck and some bad luck. The number '8' represented prosperity and people actually bid for car license with plate numbers such as '888' in the believe that they will be blessed with prosperity.

Perhaps another main possibility why gemstones are used for good luck is because they are beautiful, rare and precious. Gemstones are formed through billions of years deep underneath the earth, giving them an aura of mystery and power surrounded by folklore tales. One thing that all gem lovers and gemologists can agree on and never fails to amaze them is this - gemstones that are naturally formed deep underneath the earth have such organized crystal structure systems with such great varieties in colours and mineral properties.

A group of popular gemstones have also been categorized under birthstones by month. Its origin is believed to be dated back to the breastplate of Aaron, which contained twelve gemstones representing the twelve tribes of Israel. Each birthstone has been given a special meaning of bringing good luck or healing to the people born in that month. As such, people carry it, wear it, gift it away or display it in their homes or offices.

An article published by Harvard Medical School titled"The happiness-health connection"  said this: Scientific evidence suggests that positive emotions can help make life longer and healthier. Perhaps it could be true after all that gemstones may bring good luck to your life. As you use them according to your beliefs, they invoke positive emotions in you, leading to happiness and good health. If it makes you happy, why not? 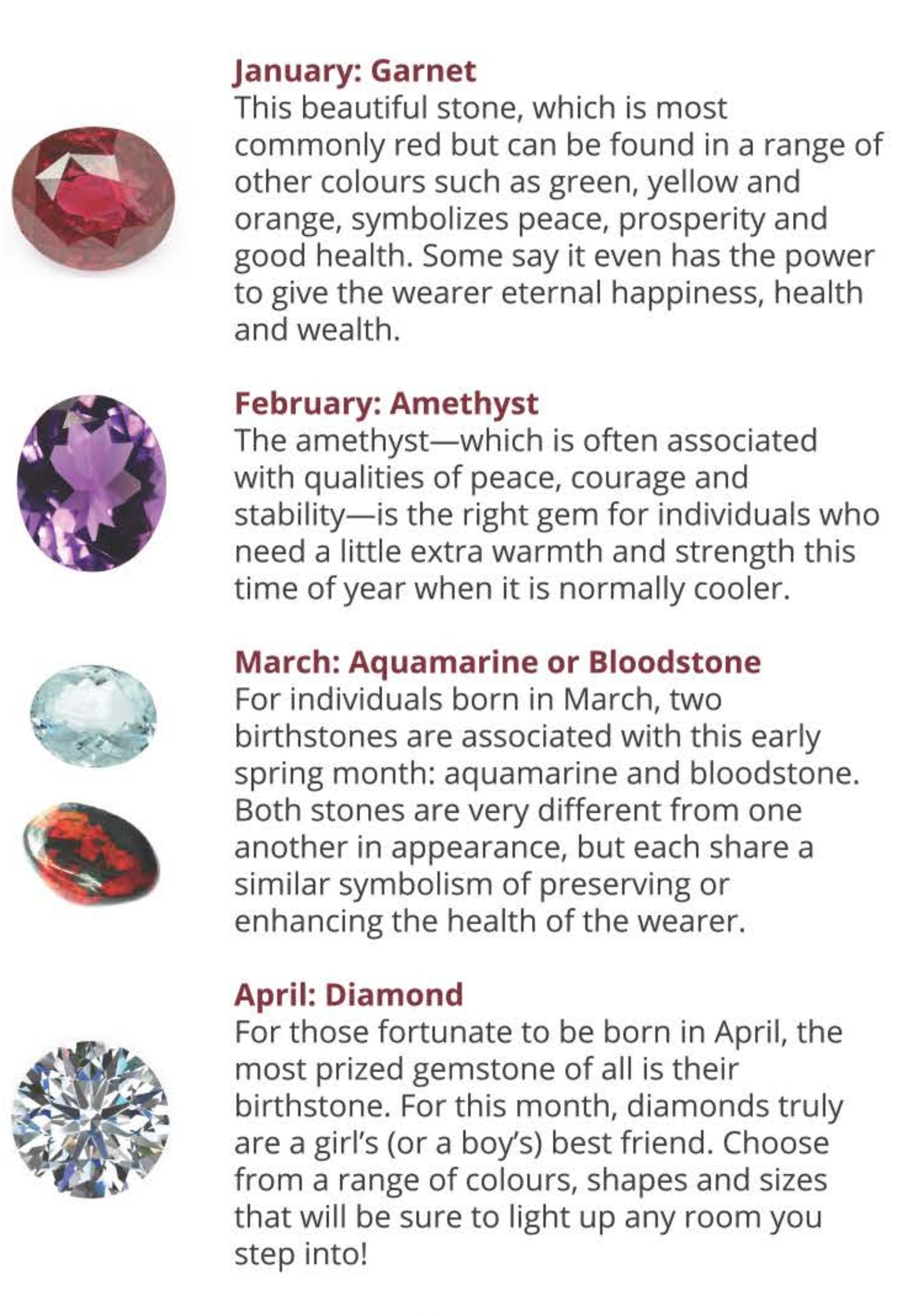